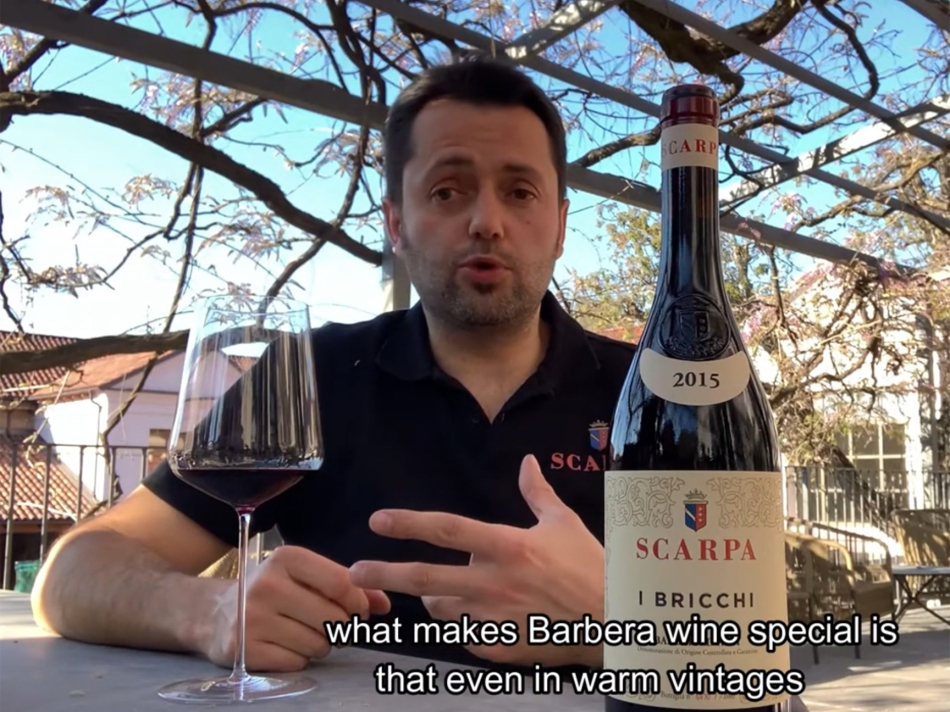 The third in our series of educational videos by winemaker Silvio Trinchero. In this episode, he presents the estate’s Barbera d’Asti I Bricchi, one of its historic crus. In the 1970s, Scarpa became one of the first wineries — one of just of two at the time — to release a cru- or single-vineyard-designate Barbera. Today, it’s common for Barbera growers and producers to release “site specific” wines like these. But at the time, the idea of a single-vineyard wine from the appellation was unheard of. It’s just one of the ways that Scarpa reshaped Piedmontese viticulture (and Italian viticulture for that matter). Next in the series, we’ll publish Silvio’s presentation of the Barbera d’Asti La Bogliona, the estate’s top cru.